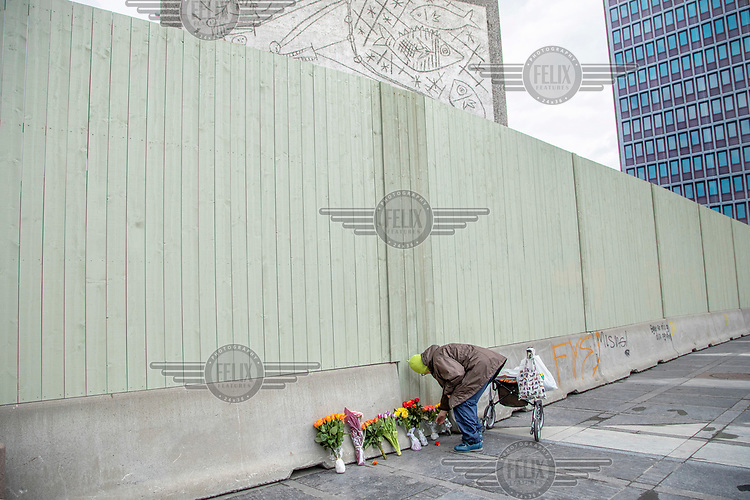 After laying down some flowers 74 year old Tone Strand Muss chained herself to a fence to protest the demolition of the Y-block, the building in the background. The former government building contains work of Picasso and Nesjar and the planned demolition is very unpopular.