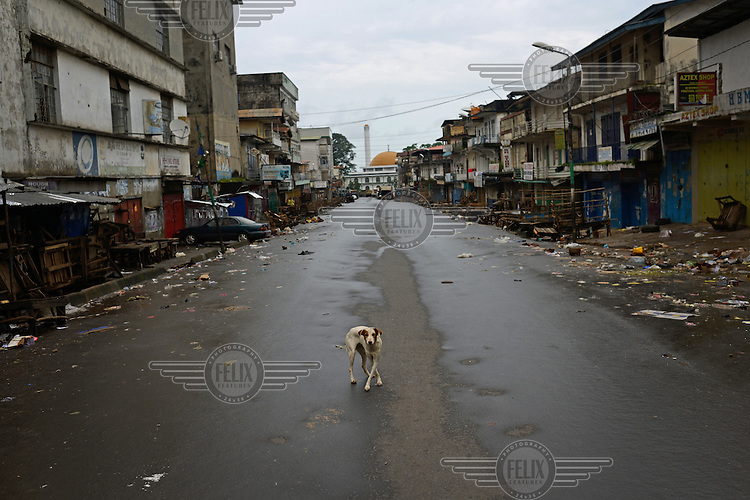 A dog walks across a deserted street in downtown Freetown on the first day of the national lockdown. The Sierra Leone government has declared a three day lockdown from 19 September in an attempt to prevent the further spread of Ebola across the country.