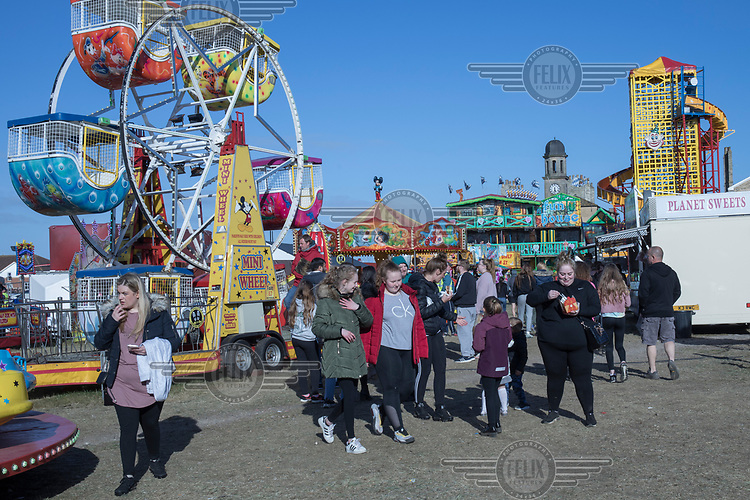 People at a fun fair set up on waste ground on the edge of Hartlepool's marina district that was formerly a busy industrial port.