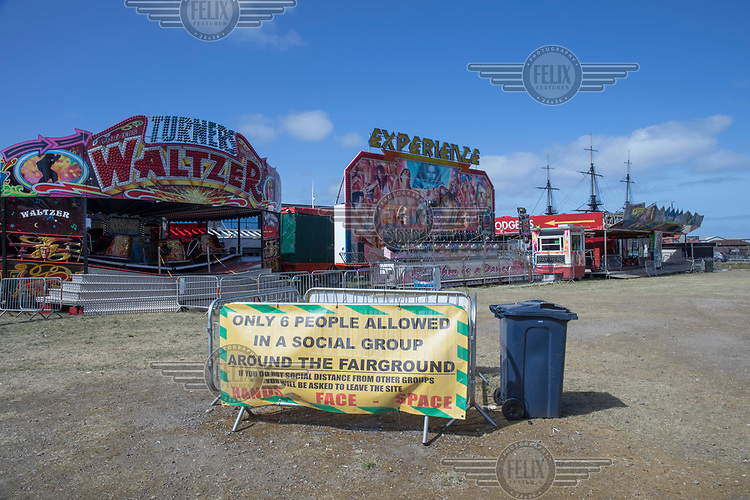 A sign explaining COVID-19 restrictions in place at a fun fair (before opening) on waste ground. In the background, the three masts of a sailing vessel at the National Museum of the Royal Navy appear above a dodgem car ride.