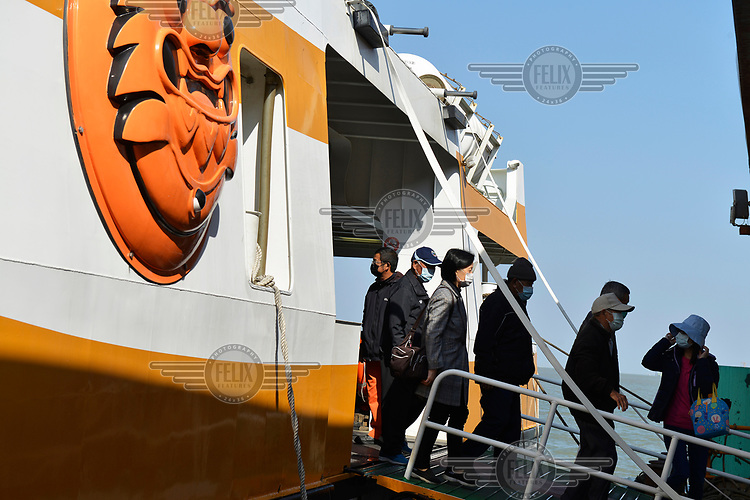 Passengers disembark from the ferry that plies the short route between Kinmen's main island and Xiao (Little) Kinmen Island, just a mile or two from the Chinese mainland.