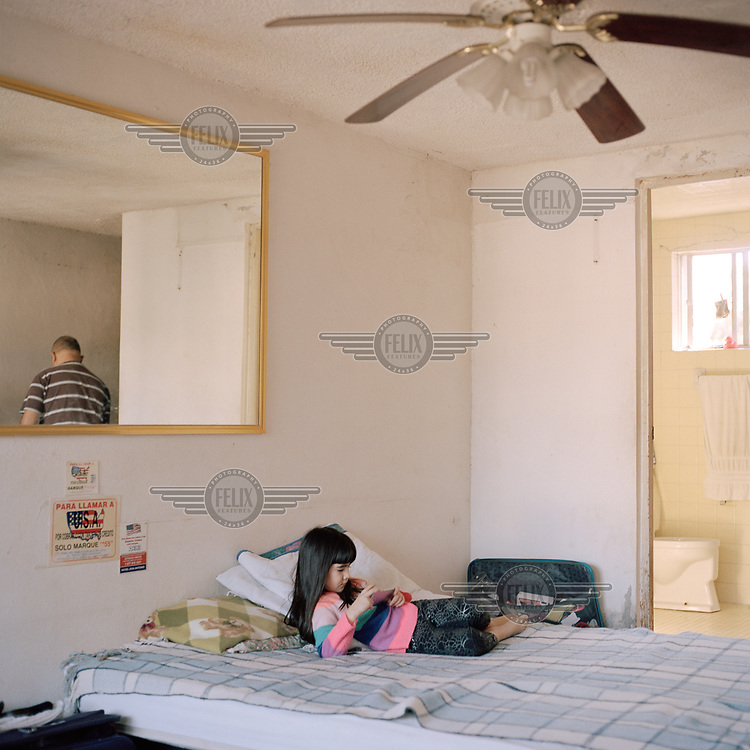 Enrique Contreras' granddaughter rests while he is relected in a mirror in the room where he lives in the northern border city of Nuevo Laredo. He left his native Venezuela and lived in Argentina for six years, but decided, he says, to head for the USA fearing an economic crisis and hoping to meet his wife who already lives there.
Terrified of the organised crime groups operating in the city, who already extorted him, Enrique barely leaves the hotel, spending the days indoors looking after his granddaughter while his son-in-law works. They are waiting for their asylum hearings in the US and say they would like to move to another, safer city in Mexico but is scared to even go to the bus station for fear of being kidnapped, as it's known gangsters prey on families with young children.
Jordi Ruiz Cirera/Panos Pictures /Felix Features 27 Feb 2020