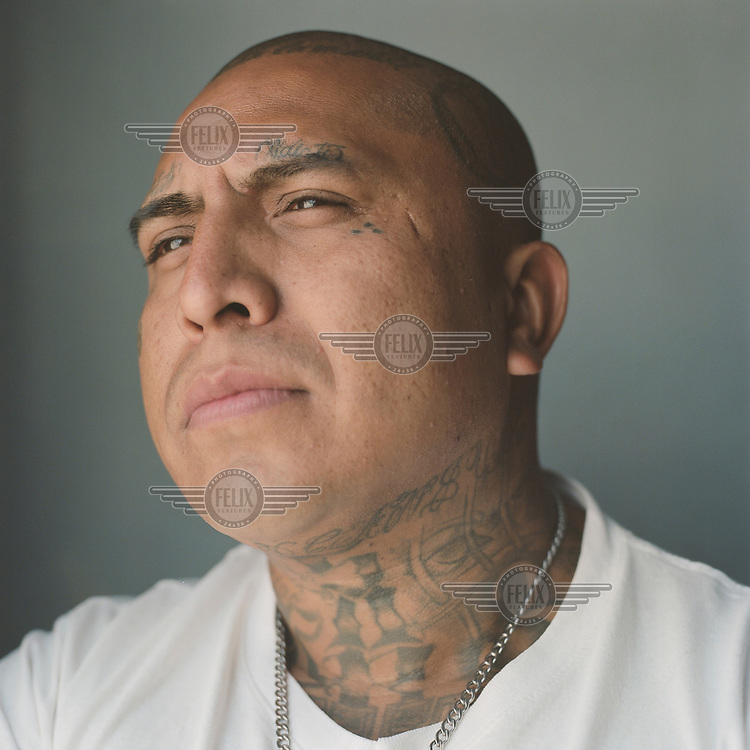 Alvaro Perez (34) at his house in Ecatepec, a notorious area of the Mexico City metropolitan area. Born in Mexico, at the age of 14 he migrated by himself to California where he joined the 'Surenos' or 'South 13' gang. Gang criminality eventually got him imprisoned for a felony and then deported at age 24.
Because of his face tattoos, which he got while with the gangs in the US, he now finds it hard to find formal work, and currently sells sweets on the streets of Ecatepec to make a living. Perez says that the discrimination and exclusion he has experienced in Mexico, mostly based on his appearance, is worse than in the US. However, he has found some work performing stunts for audiovisual productions, including films and music videos, in which he usually appears with friends, also mostly deportees from the US.
Jordi Ruiz Cirera/Panos Pictures /Felix Features 14 Sep 2020