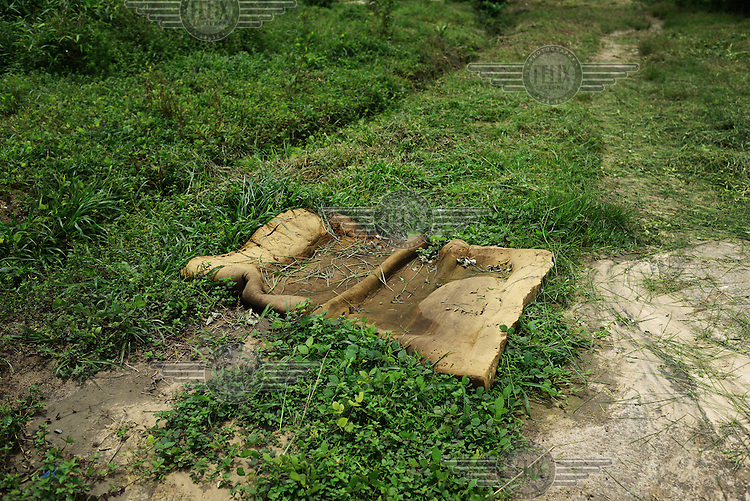 A mattress from the house of Abubakar Toure, where 18 people died from the Ebola virus in Kenama district.
The government has imposed quarantines on houses and entire areas in order to prevent the further spread of Ebola.