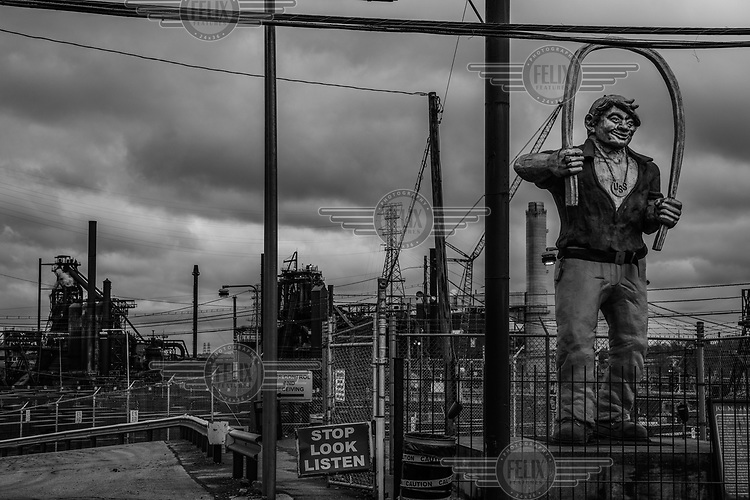 A statue of a worker at the entrance to the Edgar Thomson steel mill in the town of Braddock.

In the late 19th century, the coal producing Pittsburgh region became the cradle of the American steel industry and when industrialist Andrew Carnegie built the Edgar Thomson mill it was one of the first in America to use the Bessemer process.

The population of Pittsburgh, the urban area that Braddock is a part of, has halved since its 1960s high point. Like many of the so-called rust belt states, Pennsylvania's heavy industries have declined due to globalisation, automation and a move away from polluting industries. The resulting de-industrialisation has led to rising unemployment or wage stagnation, falling urban populations and rising inequality.
Lalo de Almeida/Folhapress/Panos /Felix Features 31 Mar 2019
Not for sale in Brazil.