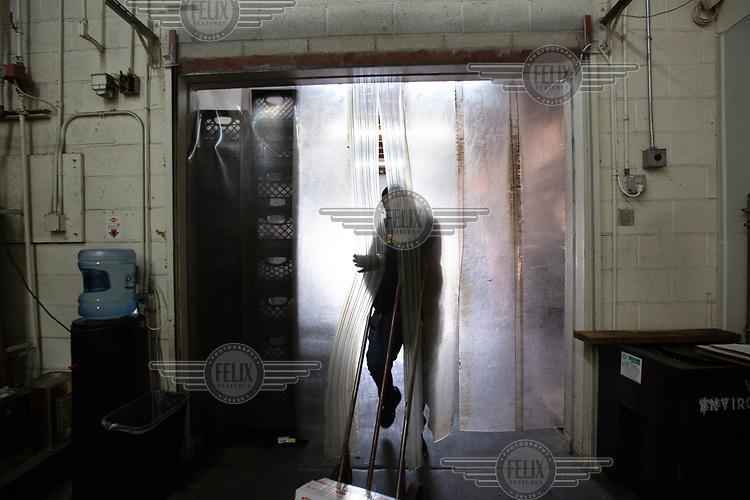 Cristian Valentín, 26 years old, worked at an Asian market in West Covina, California, on June 17th, 2020. He was in charge of stocking products, running inventories, and placing orders. He had worked here for about 6 years and got busier when the pandemic started. On June 23rd, one of his co-workers tested positive for Covid-19. He was terrified he might have contracted the virus because his 2 year old daughter had Kawasaki disease when she was a new born, which puts her at high risk. Valentin says the market was not prepared for the pandemic and didn't enforce health measures to protect costumers and employees. He tested negative, quit his job and is now actively looking for another one.

Cristian Valentin came to the USA when he was 8 years old, from Michoacán, México. His mom told him they were going to go visit his aunt in California. He had no idea he was going to cross over illegally or that he would be separated from his mom for a month. He remembers crying at a coyote's house in Tijuana thinking he will never see his mother again. After overcoming many obstacles in school, he became an exceptional student. A USC representative came to his middle school and told him if he kept up his good grades he would be awarded a full scholarship. He worked very hard to get straight A's just to learn in his senior year that he didn't have a social security and couldn't get the scholarship. USC offered him half the money but he couldn't afford the other half. Around that same time his father got injured at work so Cristian started working at the Asian market to help support his family. His plan is to go back to school.