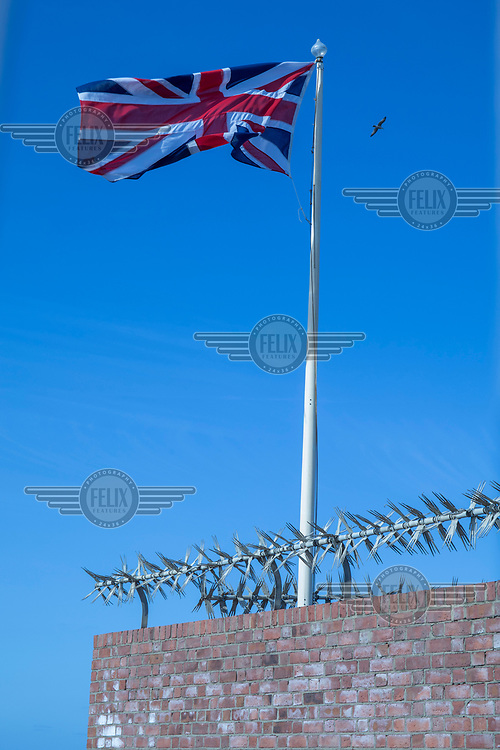 A Union Jack flag flies over the Heugh Battery Museum, on the Headland, marking the only WW1 battlefield on UK soil. It was here in 1914 that the first British soldier killed on British soil died as a result of shelling from a German battleship.