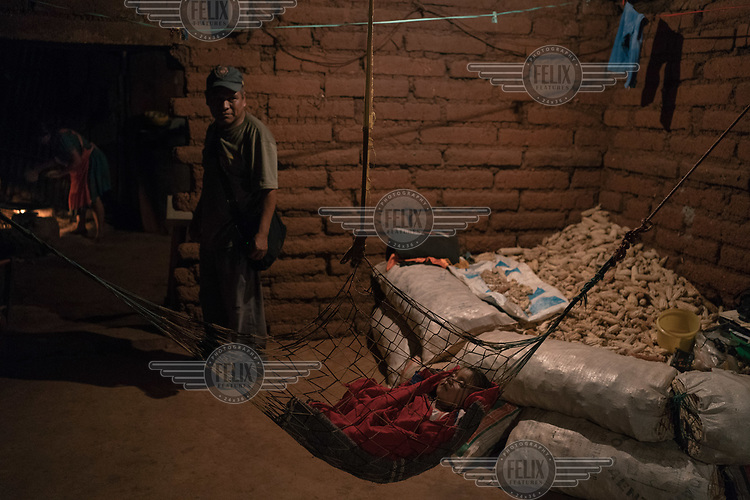 Bernardino Sanchez, founder of the Regional Coordinator of Community Authorities (CRAC-PF) police force, watches his youngest daughter sleeping at home in a hammock while his wife, Adelo Virgeno, prepares tortillas. Murders in Mexico rose to a new record in 2019, the first full year of Andres Manuel Lopez Obrador's presidency, posing a challenge to the popular leader to make good on a campaign promise of reducing violence.