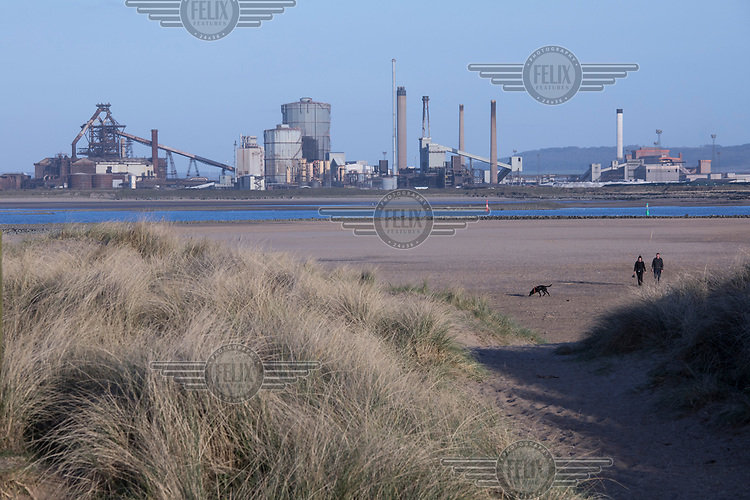 People walking dogs towards the Teesmouth National Nature Reserve. In the background are is the closed-down Redcar Steelworks, shut due to the inability to compete with cheaper foreign production, primarily from China.