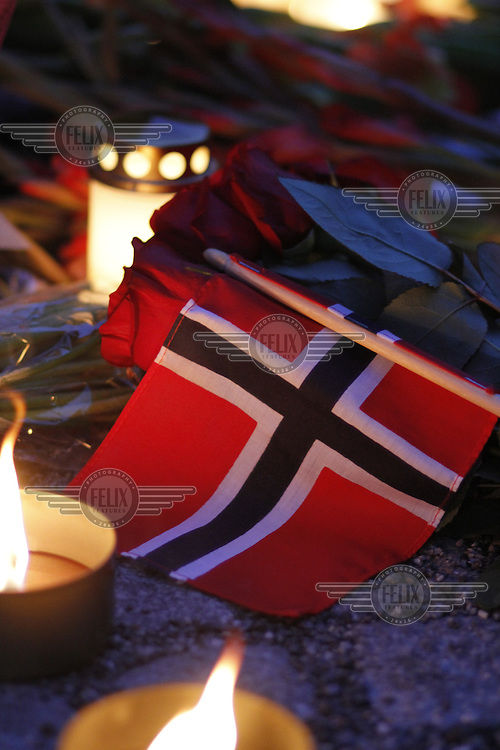 (Oslo July 23, 2011) People gather outside Oslo Cathedral the day after a shooting spree by a lone gunman who killed over 80 youths at a political camp.

Anders Behring Breivik was arrested on the island and has admitted to carrying out both attacks.