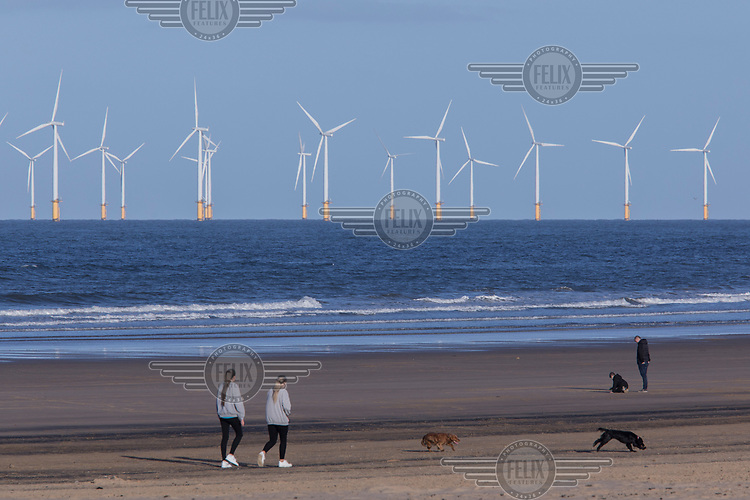 People walking dogs on a beach with the turbines of the offshore windfarm at Seaton Carew rising from the sea beyond.
Hartlepool has always voted Labour, including in the last General Election, when many neighbouring areas in Labour's so-called 'Red Wall' switched to the Conservatives for the first time, predominately in support of Brexit. Hartlepool is about to vote again on 6 May 2021 in a by-election with some polls predicting it will also shift to the Tories as people who voted for the Brexit Party in 2019 will now vote Conservative. The election is seen as a 'must-win' for Labour's leader Keir Starmer in order to demonstrate an ability to start winning back traditional Labour seats in the UK's northern wards. Labour is pinning its hopes on a deluge of recent news about 'Tory Sleaze' and corruption inside the Conservative Party linked closely to the Prime Minister, Boris Johnson.
Robert Wallis/Panos Pictures /Felix Features 21 Apr 2021