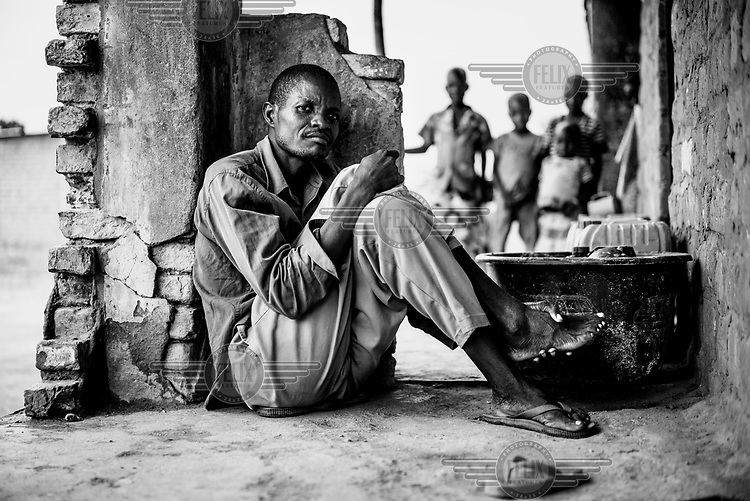 Gaston Mulobe Nkongolo, born 1965, father of 22, from Kabonzo is a survivor of inter communal violence. Shot with poisoned arrows in August, Gaston is still in great pain and finds it difficult to move. He and his family are taking shelter with a local host family in Kanteba Village, 120 km from his home of Kabonzo, Katanga Province, DRC, where this photograph was taken on 7 November, 2014. Medical treatment has not been able to alleviate his condition, but he hopes to travel to the hospital supported by MSF in Shamwana, 190 km away.

Dubbed the 'Triangle of Death' due to frequent acts of extreme violence and the presence of armed groups, the north of Congo's Katanga Province is one of the most dangerous places in Africa. Almost 400,000 people have been forced to flee their homes since the end of 2012, bringing the total number of internally displaced people (IDPs) in the province to nearly 600,000. Between July and September 2014, more than 71,000 people have been newly displaced. The combination of extreme violence and Katanga's geographic remoteness have led to a lack of statistical data and allowed the humanitarian situation to unfold in a near-complete media vacuum.
Brian Sokol/UNHCR/Panos Pictures /Felix Features 7 Nov 2014