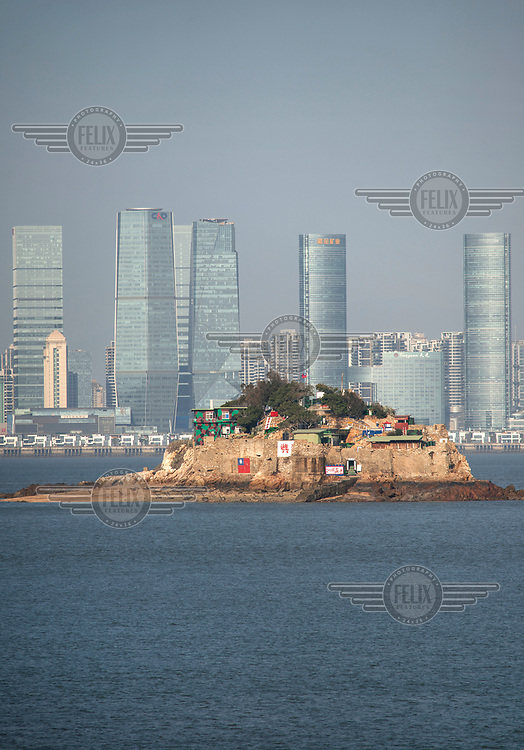 Shiyu Islet, a forward observation post controlled by the Taiwanese military, and the gleaming skyscrapers of Xiamen on the Chinese mainland beyond, seen from Xiao (Little) Kinmen Island.