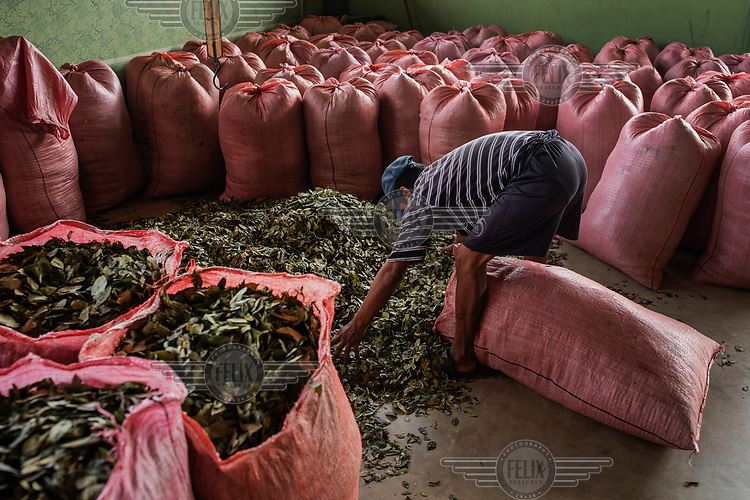 Cocaleras (coca leaf farmers), fill sacks with dried coca leaves at Chimore market, a city located in the Chapare region, an electoral stronghold of former President Evo Morales and the main source of coca leaves used in the illegal production of cocaine.