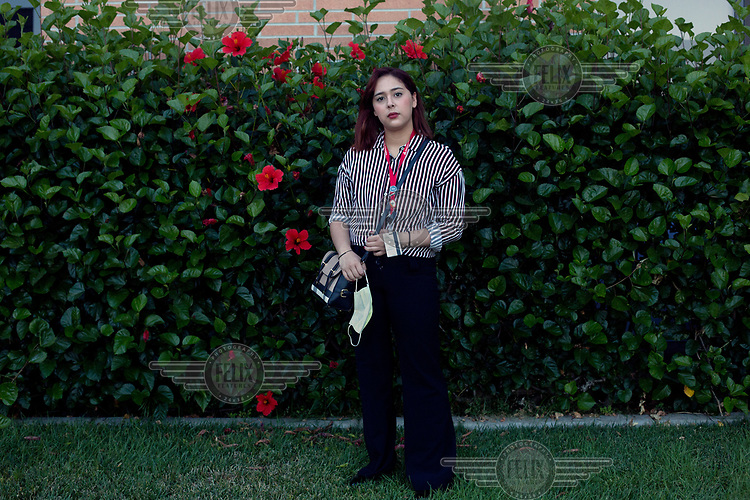 Ana Zamora stands by the White Memorial Hospital, where she works, in Boyle Hieghts, on July 22, 2020.
She is a DACA recipient and an essential worker.

Ana Zamora, 21, came to the United States from Tijuana, Mexico, when she was five. She is an administrative assistant at the White Memorial Hospital in the Diabetes department. She is also a senior at Cal State LA and a leader at her local church. She leads a church band and is part of the spiritual care of the hospital, in which she visits families affected by COVID and prays. Her singing is also transmitted throughout the hospital.

19:20
“We were the judges of this middle school tournament and they were either against or pro-immigration, that was the whole debate. One of the pro-immigration students ended up saying, no, we need people to clean our restrooms we need people here to kind of serve us. I was so tempted to say, ‘I’m an immigrant. I’m here being your judge.’ It was surprising to me that these kids had that perspective and obviously I don’t blame them because they’re just kids. That’s when I realized it is really important for me to share my story, so my friends and the people around me know. “

26
“The thing about worship (singing) is that it usually carries the message of love and hope. So if people can receive that message and understand that there are people there who want to be part of their family or support them, that’s the best.”
Ivan Kashinsky/Panos Pictures 22 Jul 2020