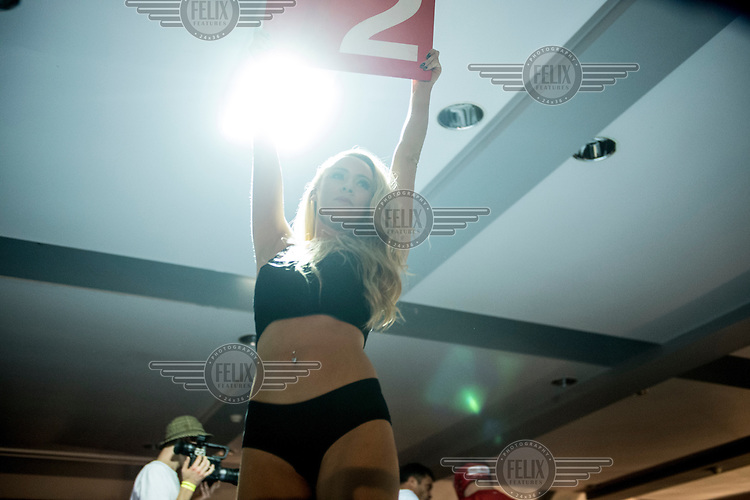 A ring girl announces the 2nd round of a fight at a white collar boxing event at the London Irish Centre where the 'Carpe Diem' boxing event is taking place.