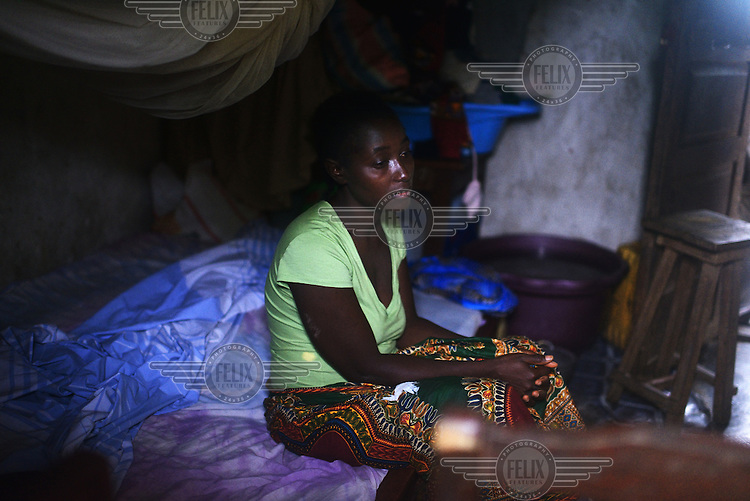 Dattu Lahai (26), an Ebola survivor, prays inside her small house in Daru after leaving an Medecins sans Frontieres (MSF) hospital that morning.