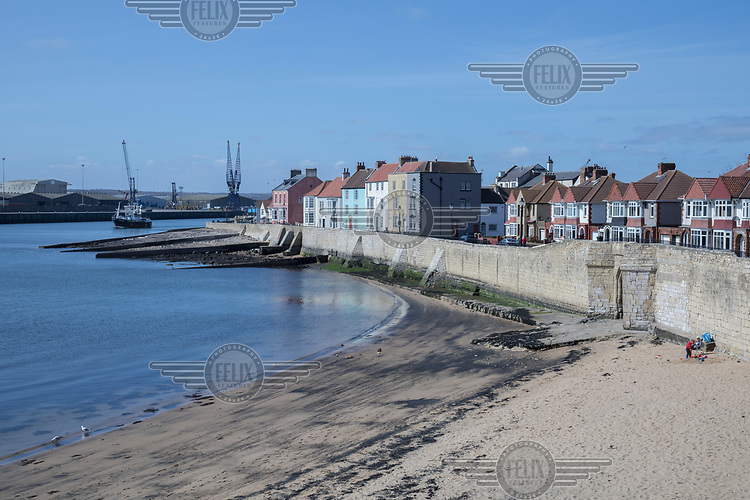 Georgian houses on the waterfront where the beach has been exposed by the receding tide.