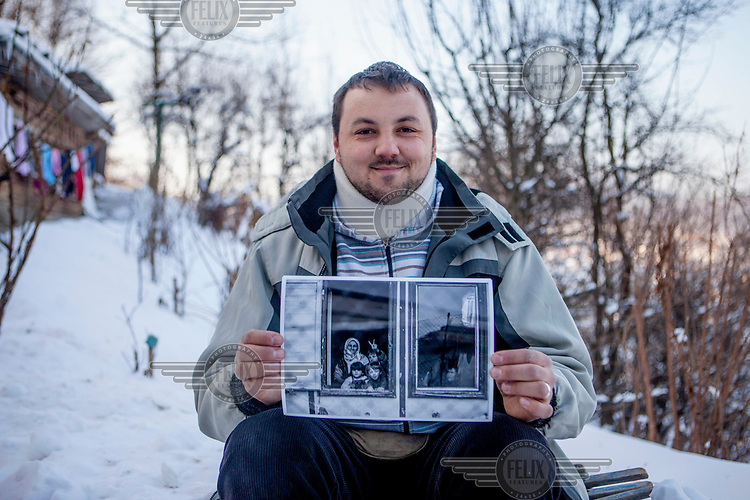 Elvis Causevic with a photograph taken 25 years earlier of a six year old Elvis playing on a gun.

In 1992 while volunteering at the Varazdin refugee camp Panos photographer Bjoern Steinz met and became close to Elvis, a Bosnian Muslim refugee, and his family. They shared the hardships of camp life together which Steinz documented. While the prints were archived for many years two of the images always returned to Bjoern's thoughts. The image of Elvis playing on a gun was one of those pictures and 25 years later he set out to try and find out what had happened to Elvis and his family in the intervening years. Modern social media made the task surprisingly easy and they were reunited in Hadzici where Elvis now lives with his family.
Bjoern Steinz/Panos Pictures /Felix Features 22 Jan 2017