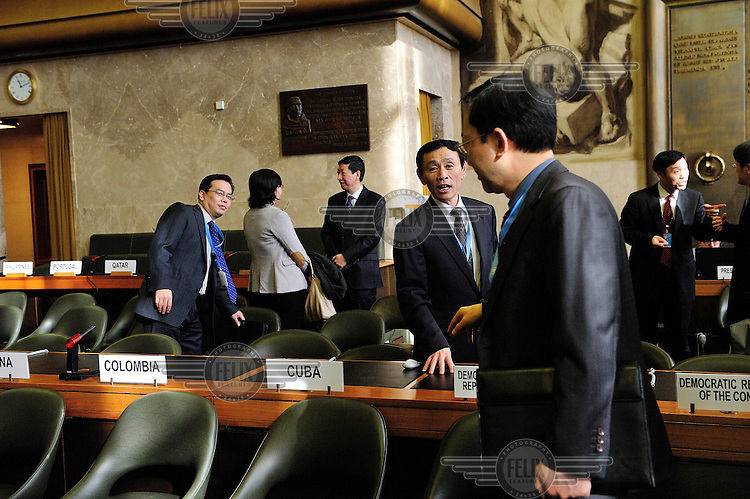 Jon Yong Ryong, First Secretary of North Korea's mission in Geneva, in an exchange with a South Korean diplomat at the end of a meeting of the Conference on Disarmament in which North Korea's third nuclear test the week before (12 February 2013) was much criticised, and in which he threatened: 'As the saying goes, a new-born puppy knows no fear of a tiger. South Korea's erratic behaviour would only herald its final destruction'. Behind are Chinese diplomats, with whom discussions then followed.The Conference on Disarmament, established in 1979, is the only forum for nations to discuss multilateral arms control and disarmament issues. It has a primary focus nuclear weapons control and disarmament. 65 countries, and 38 observer nations, convene annually at the United Nations' Palais des Nations building for three sessions of talks totalling 24 weeks.