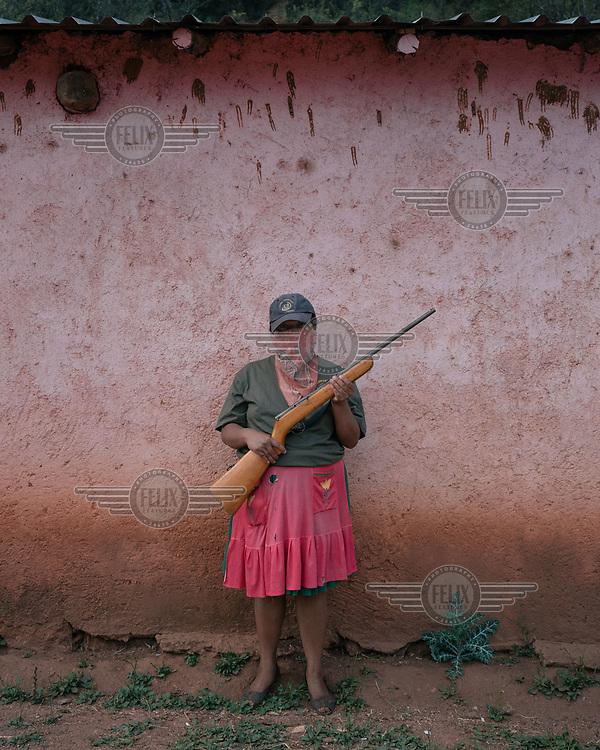 Adela Virgeno, wife of Bernardino Sanchez the founder of the Regional Coordinator of Community Authorities (CRAC-PF) police force, with a rifle during a gun training presentation a year after members of the Los Ardillos drug cartel launched an unsuccessfully attack on her town, Rincon de Chautla. Murders in Mexico rose to a new record in 2019, the first full year of Andres Manuel Lopez Obrador's presidency, posing a challenge to the popular leader to make good on a campaign promise of reducing violence.