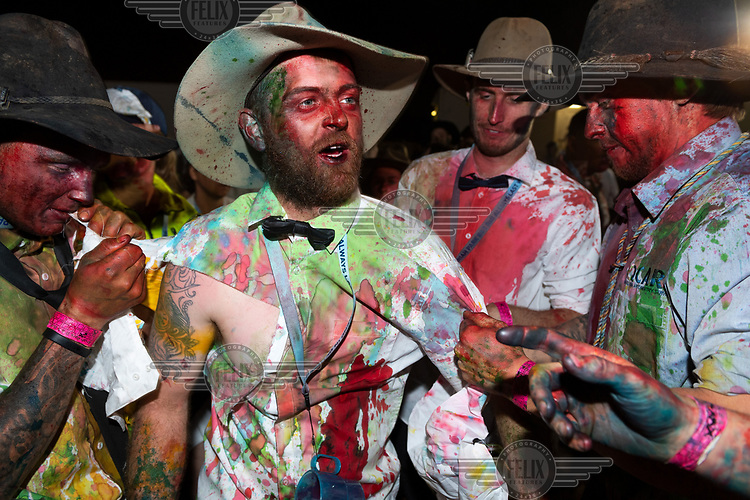 Partygoers covered in food dyes at the Ariah Park Bachelor and Spinster ball. Although food colouring is technically banned at the ball (security guards search patrons as they enter) It is still popular to splash the dye over friends and other partygoers. One of the methods for spreading the food dye is to spit it into peoples faces, some people use small water pistols while others simply poor the small bottles on top of people.

Known to locals as simply B&S balls, the events are held regularly in rural towns, run by local volunteers, the balls help raise funds for the community. Historically the B&S balls were centred on country people trying to find a partner, but now the focus has shifted to partying, heavy drinking and meeting up with new and old friends, some of who live many hours away.
Matthew Abbott/Panos Pictures /Felix Features 26 Oct 2019