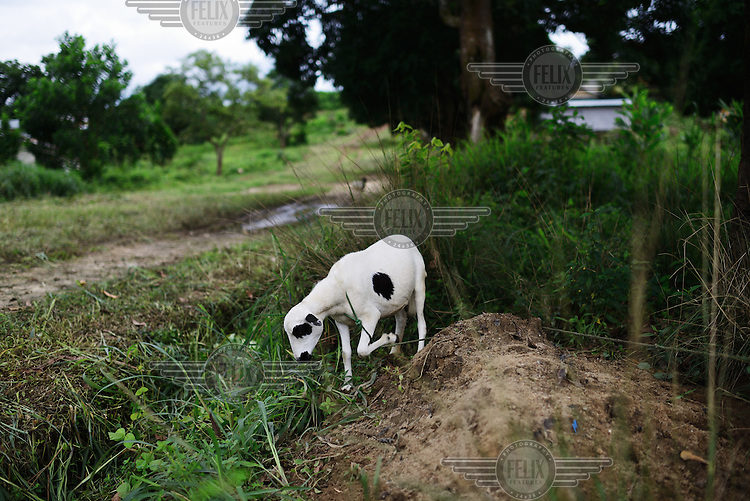 A sheep stands tied to a tree in an area under quarantine in Kenema district. The government has imposed quarantines on houses and entire areas in order to prevent the further spread of Ebola.