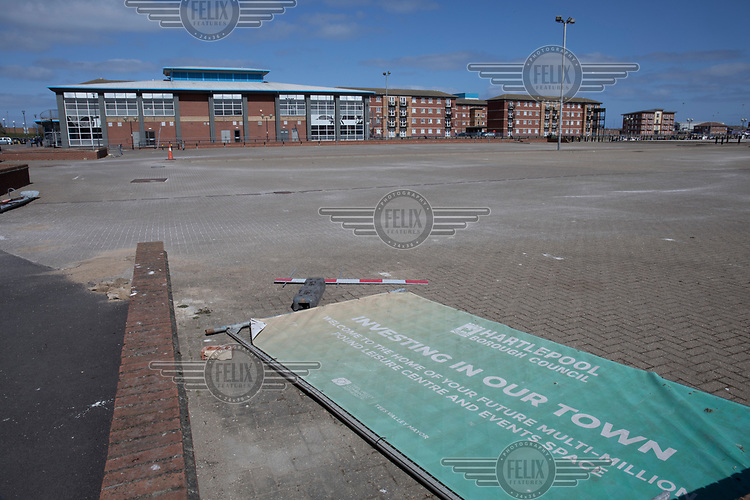 A discarded sign in a car park that reads: 'Investing In Our Town...Welcome to the home of your future multi-million pound leisure centre and events space'.