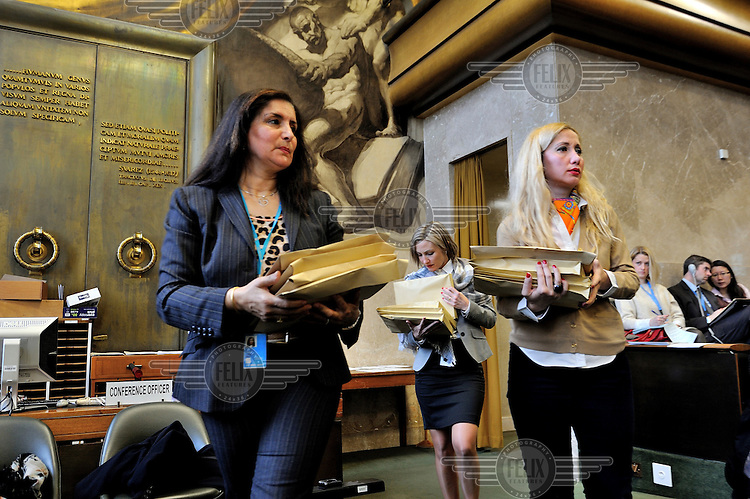 Conference officers, all UN staff, distributing disarmament documents to the delegrations during the first session of the year at the Conference on Disarmament. As of mid 2015 the CD had 2023 offcial documents, quite apart from statements made by members or records of metings.
The Conference on Disarmament, established in 1979, is the only forum for nations to discuss multilateral arms control and disarmament issues. It has a primary focus nuclear weapons control and disarmament. 65 countries, and 38 observer nations, convene annually at the United Nations' Palais des Nations building for three sessions of talks totalling 24 weeks.
Conference on Disarmament. Year 36, 2015 Session 1, Plenary meeting 1329. Presidency of Mexico.
Mark Henley/Panos Pictures /Felix Features 20 Jan 2015
Not for sale in Japan