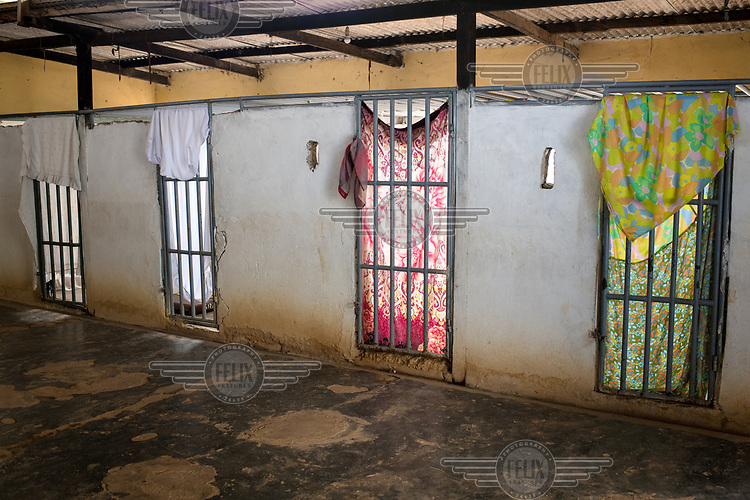 The psychiatric section of Edumfa Heavenly Ministry Spiritual Revival and Healing Centre is split into wards for men and wards for women. The chains have been removed in response to criticism from human rights groups. In their place, for those considered violent or at risk of running away, are cages. Family members often stay with their sick loved one praying with them and sometimes on their behalf for a cure to what many consider a spiritual affliction.

The Edumfa Heavenly Ministry Spiritual Revival and Healing Centre is purportedly the largest, most established prayer camp in the country. Christians from all over Ghana (and other African countries) come to the camp in the hope of receiving, through the power of 'The Lord', such 'blessings' as sickness cured, and end to infertility, a job, a ministerial appointment, travel outside the country, and even money. It has become particularly well known for healing people with mental health problems. Ghana has only 13 practising psychiatrists in public service and one registered private practitioner for a population of nearly 26 million. There are only three psychiatric hospitals all of which are in the south, with few options for care outside these facilities. The WHO states that only about three percent of the approximately 2.4 million Ghanaians suffering from mental disorders are receiving care at medical facilities, that leaves more than two million people outside the purview of sanctioned treatment, a great many of whom will seek assistance at prayer camps and other informal sites. There are no official figures, but it is estimated that there are several hundred prayer camps in the country, which operate with virtually no government oversight.
Robin Hammond/Panos Pictures /Felix Features 10 Nov 2019