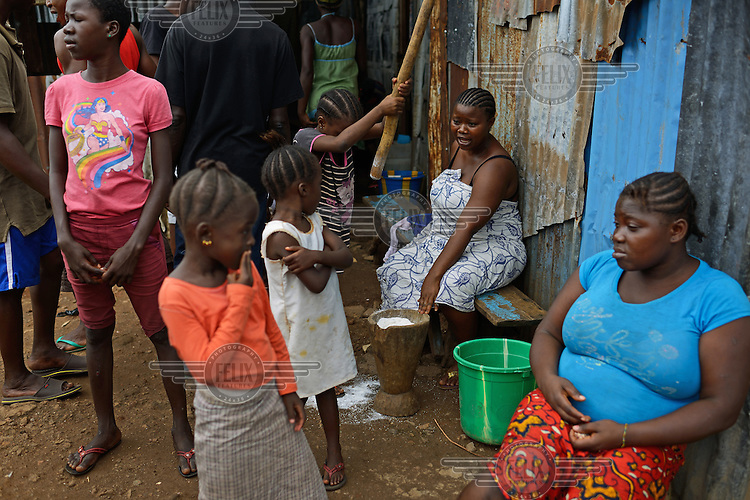 Women prepare food at Kolleh Town, a crowded slum where many inhabitants complain about having Ebola victims being buried next to their community at King Tomb cemetery nearby.