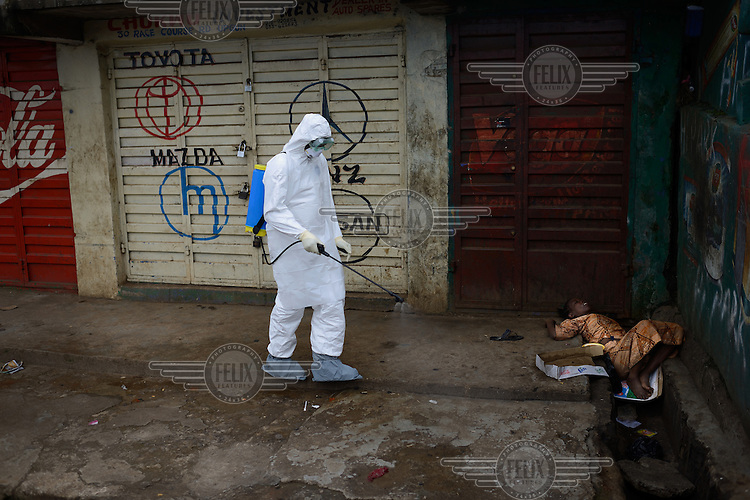 An emergency health worker sprays chlorine next to a woman suspected of being infected with Ebola who is lying in an open sewer along the main street in Freetown. Emergency health services took hours to assist the woman and bring her to the hospital. The Sierra Leone government has declared a three day lockdown from 19 September in an attempt to prevent the further spread of Ebola across the country.