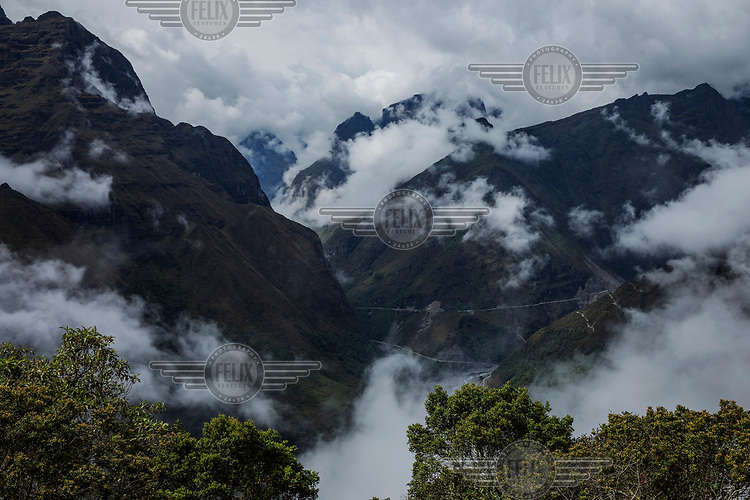 Coca plantations cover the mountainsides in the Yungas region.