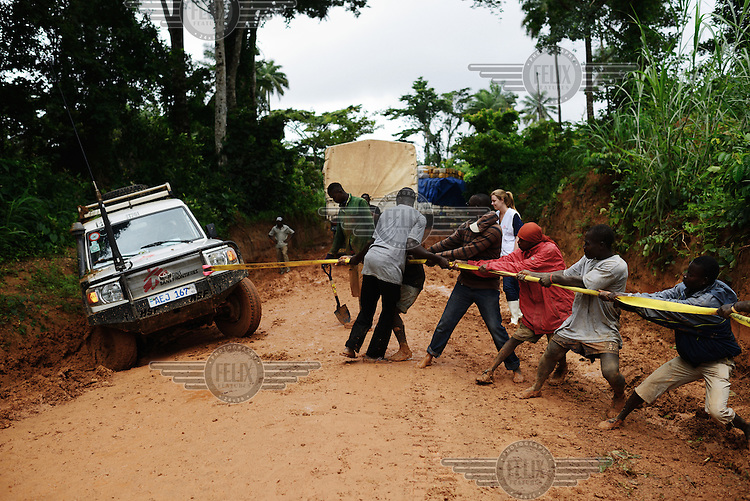 A vehicle belonging to Medecins sans Frontieres (MSF) is being pulled out of the mud by locals after having got stuck in the mud for few hours. The rainy season is making relief efforts even more difficult by making certain roads impassable and travel in the countryside a challenge.