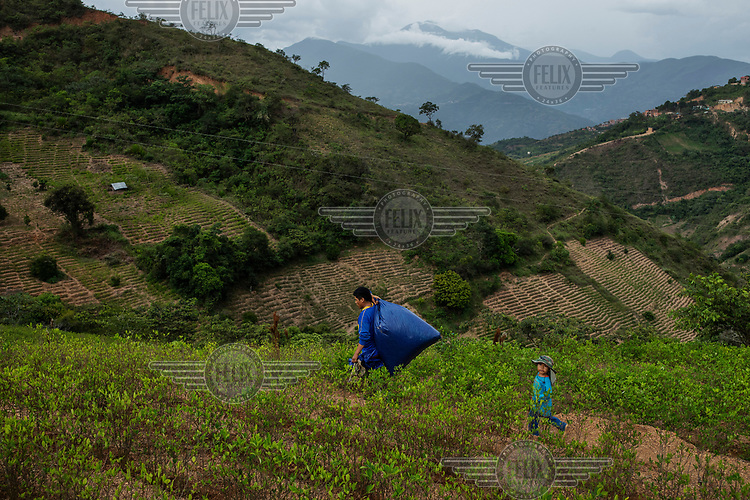 Coca farmer (cocalero) Elton Antonio Moran, followed by his son Andi, carries a sack of coca leaves harvested from his coca plantation in rural Huancane, in the Yungas region.