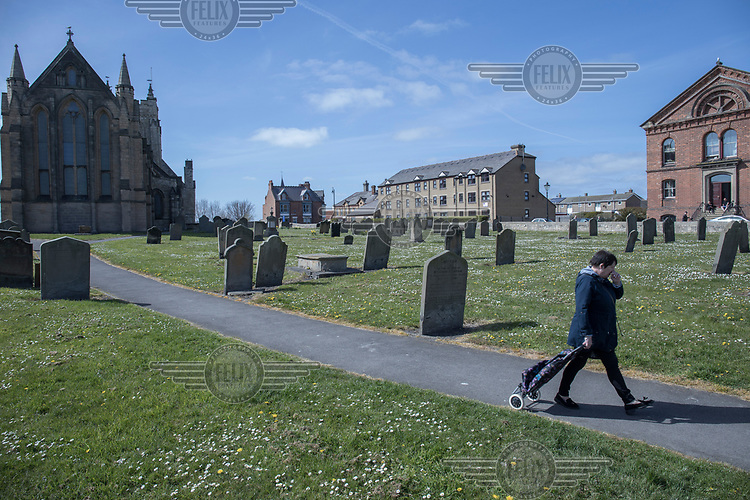 A woman walks through the graveyard at Saint Hilda's church.