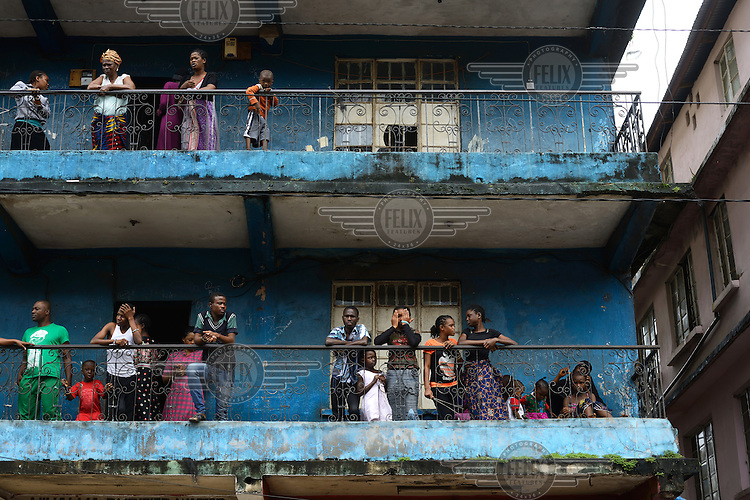 People listen from an apartment building to a group of volunteers who have come to the community to tell people about the dangers of Ebola.
The Sierra Leone government has declared a three day lockdown from 19 September in an attempt to prevent the further spread of Ebola across the country.