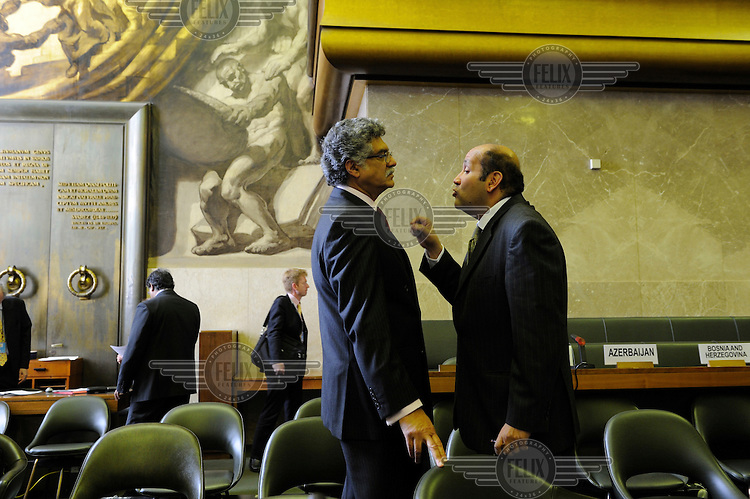 An exchange of views betweeen Ambassador Badr (R) of Egypt and Ambasador Akram of Pakistan following the end of a meeting concerning draft document CD/1933, the first attempt to agree on a program of work since 2009. In the next session, the document was put to the conference, and Pakistan vetoed it.
The Conference on Disarmament, established in 1979, is the only forum for nations to discuss multilateral arms control and disarmament issues. It has a primary focus nuclear weapons control and disarmament. 65 countries, and 38 observer nations, convene annually at the United Nations' Palais des Nations building for three sessions of talks totalling 24 weeks.