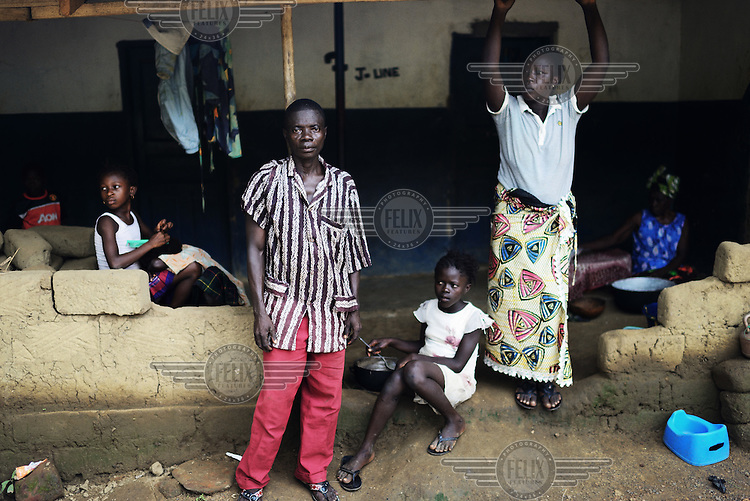 The family of Usman Kamara (center in red jeans) at the entrance of their house which they are not allowed to leave. The house has been declared under quarantine and soldiers are guarding the property to avoid any movement of Mr. Kamara's family out of the house.
The government has imposed quarantines on houses and entire areas in order to prevent the further spread of Ebola.