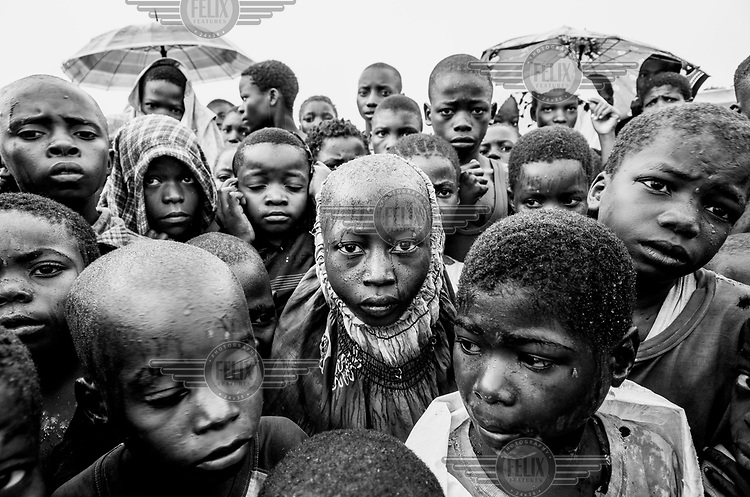 Kibowa, 10, centre stands amid other children as rain falls on Kanteba IDP site. Kibowa and his family fled their home village to escape violence caused by the Mai Mai Bataka Katanga rebel militia. There are more than 2,000 displaced people taking refuge in Kanteba.An aerial view of Manono, in the 'Triangle of Death'.

Dubbed the 'Triangle of Death' due to frequent acts of extreme violence and the presence of armed groups, the north of Congo's Katanga Province is one of the most dangerous places in Africa. Almost 400,000 people have been forced to flee their homes since the end of 2012, bringing the total number of internally displaced people (IDPs) in the province to nearly 600,000. Between July and September 2014, more than 71,000 people have been newly displaced. The combination of extreme violence and Katanga's geographic remoteness have led to a lack of statistical data and allowed the humanitarian situation to unfold in a near-complete media vacuum.
Brian Sokol/UNHCR/Panos Pictures /Felix Features 7 Nov 2014