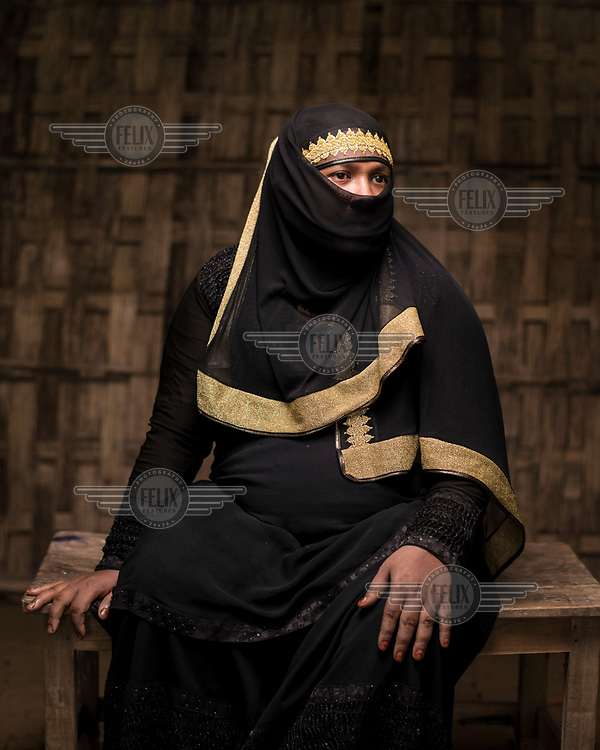 Setera Begum (22) came to Bangladesh from Myanmar September 2018. She came to Bangladesh, she says, because people were being killed. ''In my area they were being decapitated. I could not tolerate what was happening in front of my eyes'', she says. Like many in her village her house was burnt down. Her son was in the house when it caught fire. She managed to save him but he was badly burnt on the buttocks. But it is the people who were killed that occupy her mind: ''I do not feel peaceful when I think about the people being decapitated and I will not feel peaceful again until those people accept us as Rohingya.'' Since arriving in the refugee camp she's had to cope with further tragedy: ''I was pregnant. I was taken to Cox's Bazar to deliver the baby. The baby was born dead… I was not feeling well as my son was born dead… I am not feeling well in my body. I am not feeling peaceful.'' She's been taking medication since. ''I feel good taking the medicines'', she says.
Following a concerted campaign of extreme violence by the Myanmar authorities against Rohingya people in Rakhine State starting in August 2017, at least 700,000 Rohingya fled over the border into Cox's Bazar. Living conditions in the Cox's Bazar refugee camps are dire. Many people lack access to clean water, sanitation, health care and shelter. The mental and psychosocial impact of not just being forcibly displaced, but also the difficult conditions of the camp continue to affect the Rohingya refugees.
Robin Hammond/Panos Pictures /Felix Features /Felix Features /Felix Features 6 Aug 2018