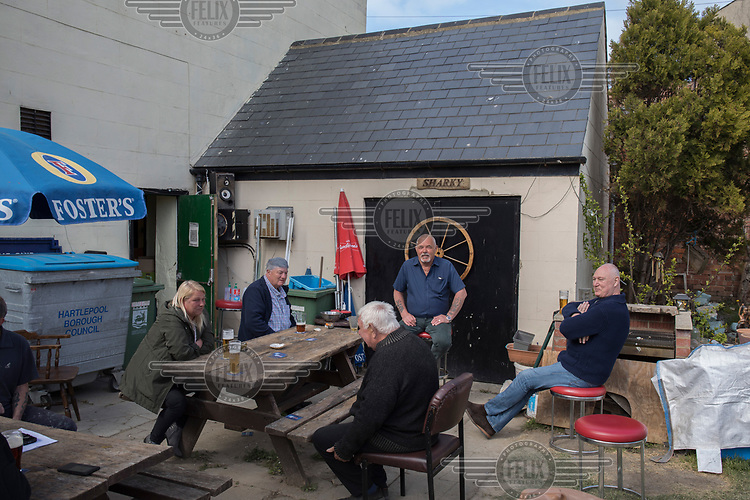 Beer drinkers in garden of the Fisherman's Arms pub. British fishing communities, like Hartlepool, were some of the strongest supporters of Brexit but many now feel betrayed as small increases in fishing quotas have been offset by massive increases in red tape making it more difficult to export to the EU, a principal market for British fishing.