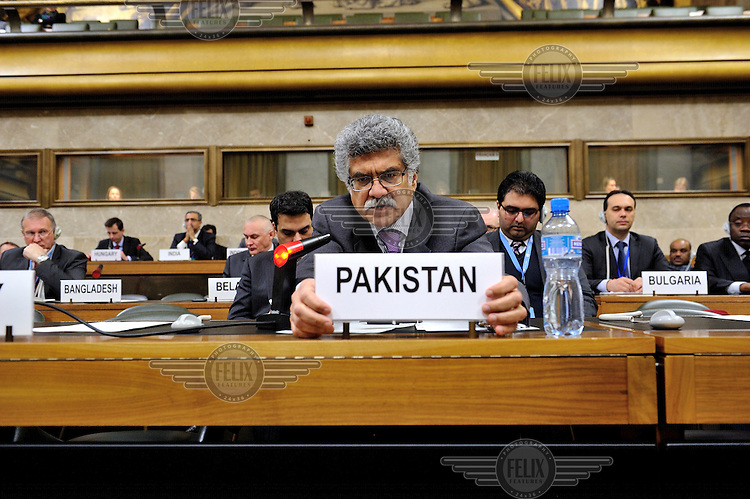 Ambassador Akram of Pakistan at the Conference on Disarmament. Since 2009 Pakistan has held up efforts to establish a plan of work and has thus prevented progress on a treaty to ban production of fissile materials for nuclear weapons.
The Conference on Disarmament, established in 1979, is the only forum for nations to discuss multilateral arms control and disarmament issues. It has a primary focus nuclear weapons control and disarmament. 65 countries, and 38 observer nations, convene annually at the United Nations' Palais des Nations building for three sessions of talks totalling 24 weeks.