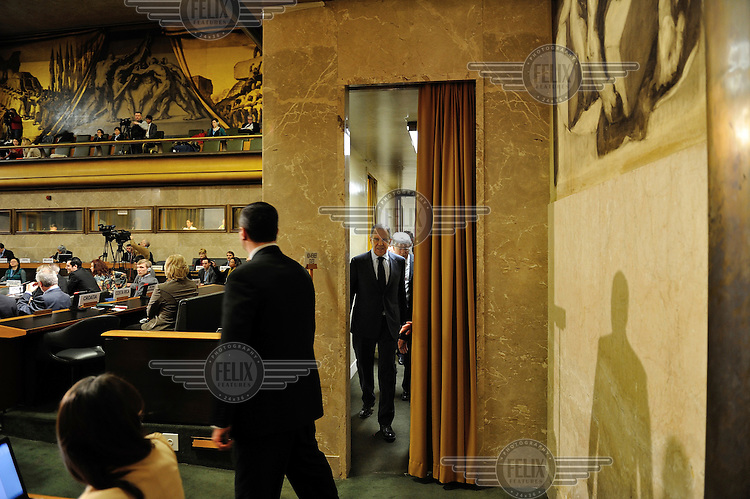 Russian Foreign Minister Sergey Lavrov arriving in the Council Chamber to address the Conference on Disarmament during which he stated that 'The unilateral actions of the United States and their allies in the field of strategic missile defence had already become a strong destructive factor that undermined strategic stability and negated the mere prospect of advancement towards nuclear zero.'
The Conference on Disarmament, established in 1979, is the only forum for nations to discuss multilateral arms control and disarmament issues. It has a primary focus nuclear weapons control and disarmament. 65 countries, and 38 observer nations, convene annually at the United Nations' Palais des Nations building for three sessions of talks totalling 24 weeks.
Conference on Disarmament. Year 36, 2015 Session 1, Plenary meeting 1340. Presidency of Mongolia.
Mark Henley/Panos Pictures /Felix Features 2 Mar 2015
Not for sale in Japan