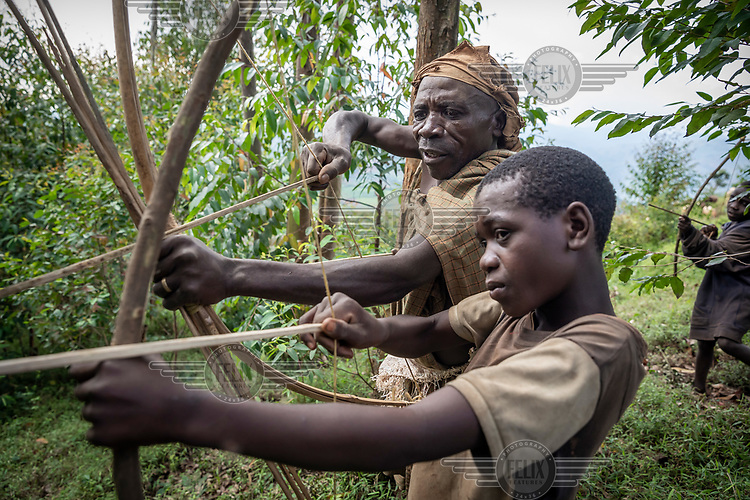 Francis Sembagare, a Batwa (pygmies) elder, teaches his child how to use a bow and arrow. Francis has known life in the rain forest, and tries to pass on old traditions, hunting techniques and knowledge of plants and animals to his children. He is involved in a project, a kind of open-air museum, where he builds shelters as he knew them as a young man. He teaches his children how to use bows and arrows.

Until 1992 the Batwa people lived in the forests of Western Uganda but they had to make way for the mountain gorillas and the tourism that has since developed in the parks. The pygmies have had to give up their existence as hunters/gatherers in the rainforest and devote themselves to agriculture, or live as day labourers in villages or fringes of small towns. This transition has also brought them into contact with alcohol and drugs, which has become a major problem for the pygmies.
Sven Torfinn/Panos Pictures /Felix Features 2 Feb 2020
Not available in Germany or the Netherlands