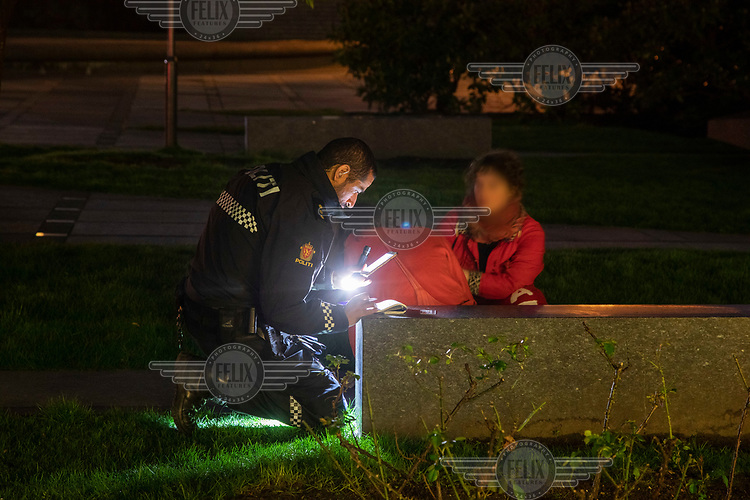 Two distraught students talk to police after being caught writing protest messages on a temporary wall. Y-block, the former government building contains work of Picasso and Nesjar and the planned demolition is very unpopular.

The building was drawn by architect Erling Viksj√∏ and was finished 1969. Following the 2011 terror attack the building was left empty while the government have been mulling its' options.

The Architect's Newspaper writes:
"Demolition-ready government officials have vowed to save and relocate the murals, which were executed by Picasso‚Äôs frequent collaborator, the Norwegian artist Carl Nesjar. Preservationists near and far, however, are crying foul. They believe that the building itself should also be spared from the wrecking ball."