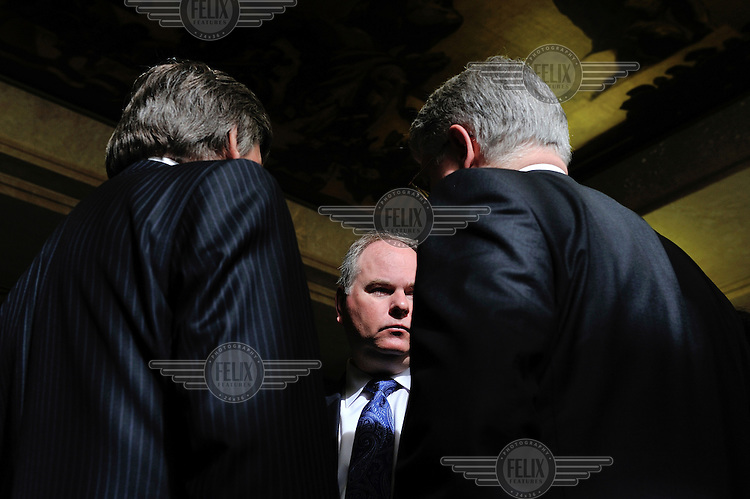 Russian diplomats, at the Conference on Disarmament, in discussion prior to the opening of the plenery session devoted to the prevention of an arms race in space. A draft for a treaty was first put to the conference in 2008, by China and Russia. At centre is Victor Vasiliev, chair of the GCE the group of governmental experts on transperency and confidence building measures (TCBMs as they're known) in outer space activities.The Conference on Disarmament, established in 1979, is the only forum for nations to discuss multilateral arms control and disarmament issues. It has a primary focus nuclear weapons control and disarmament. 65 countries, and 38 observer nations, convene annually at the United Nations' Palais des Nations building for three sessions of talks totalling 24 weeks.