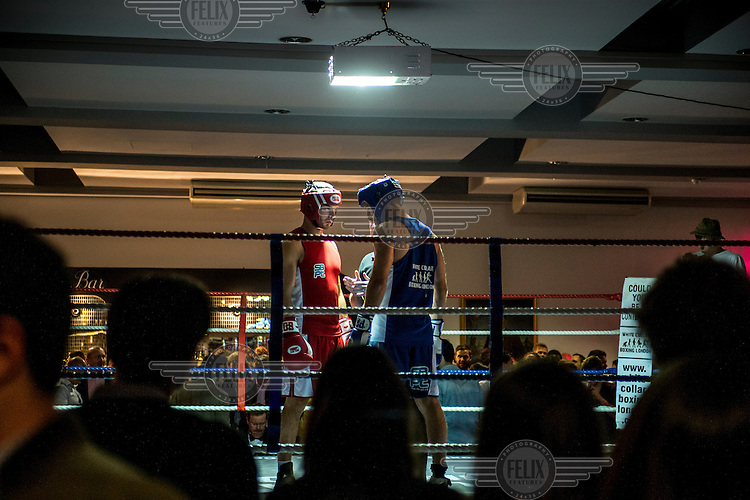 Will Judd (left) eyes up his opponent just before the beginning of the fight at a white collar boxing event at the London Irish Centre where the 'Carpe Diem' boxing event is taking place.