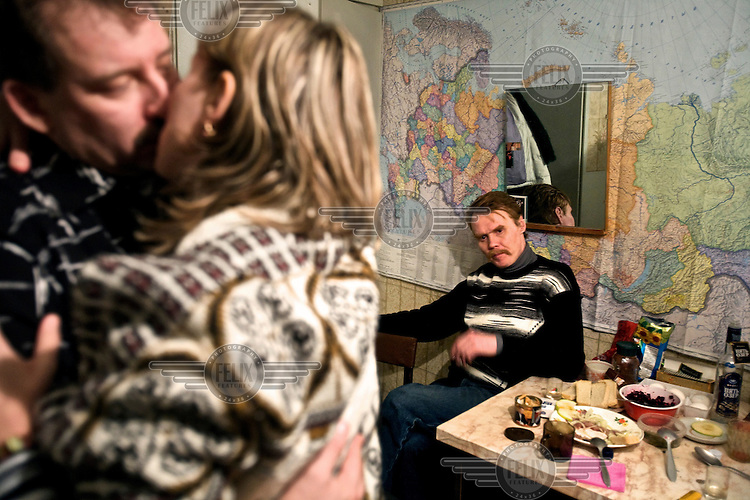 Valery Zhukov, a married miner and union representative, dances with his lover Lena while his friend Alexander sits at a table in the background.
Vorkuta is a coal mining and former Gulag town established beyond the Arctic Circle, where temperatures in winter drop to -50C. Russia's far north is slowly declining. Every year thousands of people from its towns and cities flee south. The system of subsidies that propped up Siberia and the Arctic in Soviet times has crumbled. Now there is no advantage to living in the far north, salaries are no higher than in central Russia and prices for goods are higher. /Felix Features
Justin Jin/Panos Pictures /Felix Features 8 Jan 2009
Not available in Austria, France, Finland, Germany, Italy, the Netherlands, Poland, Spain or Switzerland.