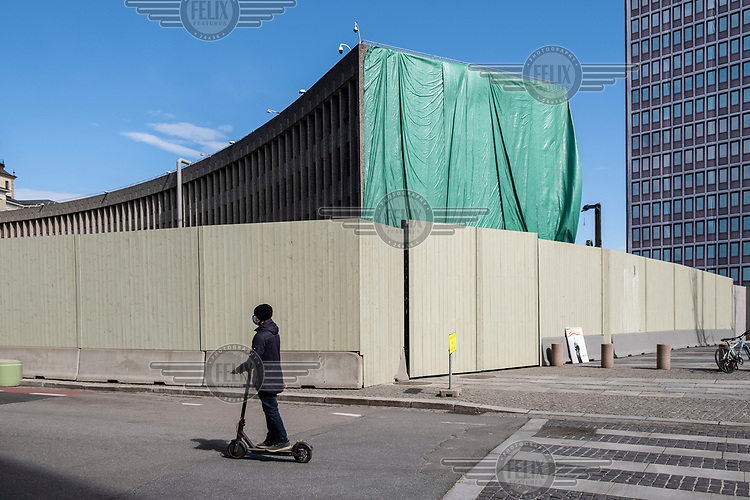 Y-block, the former government building contains work of Picasso and Nesjar and the planned demolition is very unpopular.